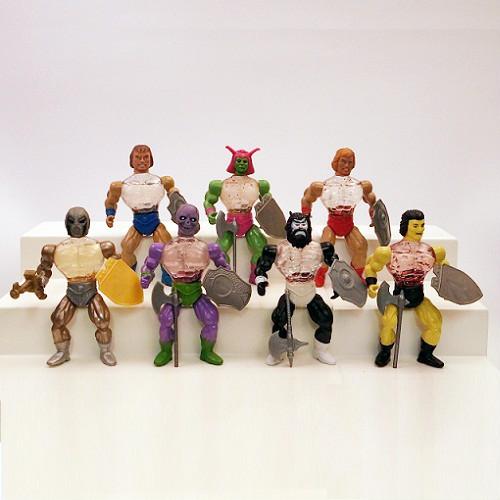 There were six figures released in this line with a seventh figure being released once the Super Speclatron hit the Market.

Super Speclatron: I am not sure if all the figures listed above were released as Super Speclaton also, but do know that Deemin and Venum (Quick Silver) were. Also a new figure "Orian" was introduced to the line. He was released in two different color variation; gold and silver.

This line is so rare so I do not have all the answers so there could be more figures that exists.

These figures were released with a different assortment of weapons so one figure could have come with different weapons shown in the pictures. For example I do know that there is a sword that that was also released with Hero and Kandar.


Can have advertisements; lists; links; etc. here or we can remove this altogether.